​This sections include special traits that can be applied to all species. These include Enchanted, Legendary, Affinities, and Runic traits. Enchanted traits can be applied with an enchanted spell, affinities can be applied via affinity quests and the affinity scroll from the shop. Legendary traits listed here are typically event-related.
Runic
Affinity
Event
Blessings & Curses
Etc.
Runic

A runic color is the color that shows up in a characters eyes/horns and may also show up on their claws/hooves or elsewhere on the body. Runic areas are especially magic areas of their body. These special traits can affect how their runic appears.

Most of these runics are enchanted which comes with a free rare horn upgrade for characters with horns! 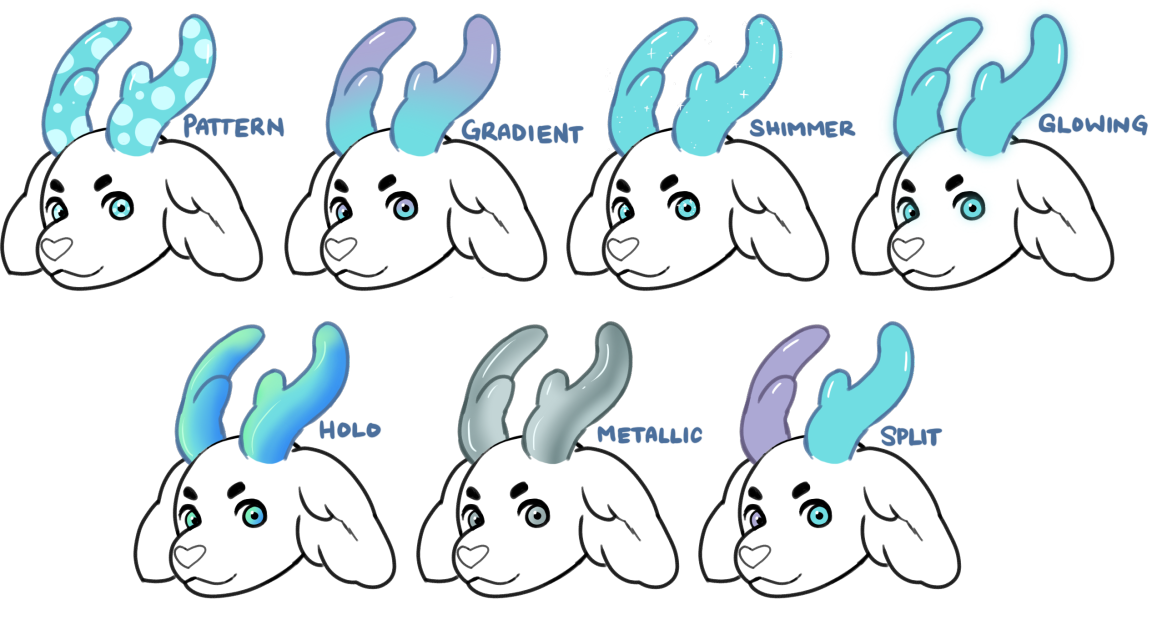 There are few runics that come in the legendary rarity, as well! They do not come with an upgrade, however.

Affinities are elemental powers for your character, which can also grant them special traits. Additionally, when you gain an affinity, you can make themed color & marking changes to your character. Affinities can be gained by doing the Affinity Quests.

The following is shown by Element - powers they have control over - available affinity traits.

With the Affinity Runic trait, your affinity can be reflected in the runic spots of your character! This can be portrayed in a number of different ways-- for example, a character with Flamedancer affinity could use affinity runic to have their horns on fire, or fire fetlocks! They might even leave burning footprints behind. If you have any questions, don't hesitate to ask for help

These are traits that you can only get during certain events or seasons!
For an example of these traits, take a peek at the encyclopedia on the site!

These are traits that can only be bestowed upon a character through specific quests.
For more information on these quests and who offers them, go here.

Blessings are just as enigmatic as curses and are offered by the mysterious Pan.

Curses are very mysterious and are offered by the Sickle Sister... for a price.
Blessings and curses can be removed, but only by St. Asphodel... though it is quite the grueling task.
Etc.